Another Story in the Naked City

A woman walked down the winding stairs at Carnegie Community Centre, from the third floor to the lobby and out the front door. She was naked. 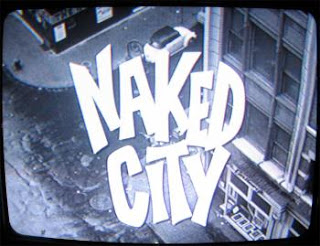 There were scores of witnesses at Carnegie on this busy Saturday evening at around 9 p.m. It was cold that night, just as it was for much of this 3-day holiday weekend as Vancouverites celebrated the Queen's birthday.

A regular Carnegie volunteer who didn’t want his name published, told me that he was in the lobby when he saw the woman come down the stairs. “She had a nice tan,” he said “except for her bum; her bum was white.” She walked west on the 100 block Hastings Street. “You could see this white bum walking down Hastings”, he said, chuckling. “She was walking calmly, not hurrying at all.”

About 1 ½ minutes later, Dean, a musician who drops into the Carnegie Music Program, came down the winding staircase to the Carnegie lobby with the woman’s clothes in his arms. “Where did that woman go?”, the witness recalled Dean saying. “Here’s her clothes.” Then Dean’s girlfriend showed up. The Queen was not amused.

Dean was just trying to help the naked woman, the witness said. He left her clothes at the reception desk in the lobby and took off down the street with her coat, looking for her.

"People in cars going by were honking their horns. Guys were whistling. Girls were going, ‘Ahhh, look at that.’”

The police came back to Carnegie to get the woman’s clothes. The witness said that, according to Dean, “She ended up at St. Paul’s [hospital].”

Because the witness didn’t want his name used, I asked Bill Simpson, who goes to Carnegie daily, if he knew of this incident. “Dean saw the whole thing”, Simpson said. The woman reportedly had a "break down" and took her clothes off by a window on the 3rd floor," Simpson told me. “She’s in St. Paul’s.”

There are a million stories in the naked city. You have just read one.

Posted by reliable sources at 12:11 AM 3 comments: Links to this post