Mayor asked to investigate barring of Board member by City management 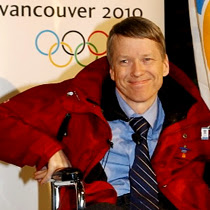 Vancouver Mayor Sam Sullivan and City Manager Judy Rogers are taking the heat today about the barring from Carnegie Centre of Bill Simpson, who was elected as a Board member this month.

On Friday, Simpson received a letter signed by City Hall’s Jacquie Forbes-Roberts, barring him from the entire Carnegie building because he operates a website that “links” to the Downtown Eastside Enquirer blog.

What is foremost on the minds of Carnegie members today is what Bill Simpson was told by City Hall’s on-site manager at Carnegie, Ethel Whitty, after she delivered Forbes-Roberts letter to him. Whitty told this elected Board member that he will not be allowed to attend Board meetings “unless they are held outside the building.” That would include the Board meeting this evening, Monday, June 25th at 5:50 p.m. in which the Election of Officers -- President, Vice President, etc. -- will occur. Members want him there.

Here are excerpts from a few of the lengthy letters being sent to Mayor Sam Sullivan and City Manager Judy Rogers.

“I'm told that you already have some knowledge about this incident and others like it in the past at the Carnegie, and it's time that something was done.”

As a member of the Carnegie and a supporter of Carnegie member and director William Simpson, I'm asking you to use your office to fully investigate all aspects of the matter.

“There are always those who oppose Democracy and Free Speech, especially when such free speech threatens the income of those who live off of the poor, but I am surprised and disappointed that such power would be used from City Hall itself in the person of Jacquie Forbes-Roberts, General Manger, Community Services Group, Vancouver City Hall. Is this what we elected our government to do: heavy-handed thwarting of the public voice and the democratic process?”

Mr. Bill Simpson has been accused rashly by Carnegie staff of something he is not guilty . . . .If Ethel Whittey has proof of her outrageously unfair accusation, then she should prove it without a shadow of a doubt to the Carnegie Community Centre members who voted for Mr. Bill Simpson as a board member. Otherwise I feel once again the staff at Carnegie is undermining the community spirit whom it serves.

A number of upset members have said they intend to be at this evening's meeting at Carnegie to voice opposition to the City's barring of a Board member they elected. The meeting is open to the public.
Posted by reliable sources at 11:52 AM No comments: Links to this post