Is the Woodwards Tower Tilting? 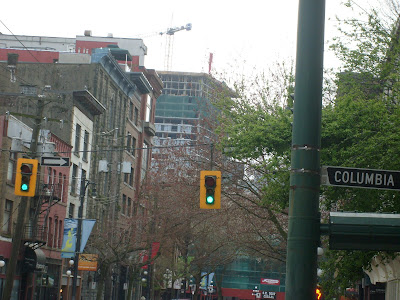 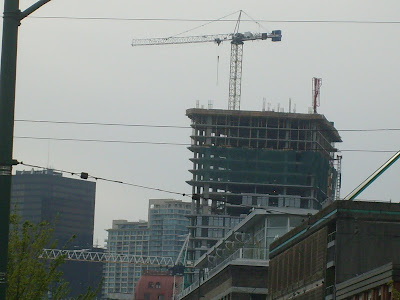 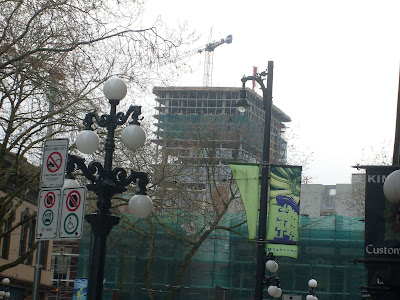 Two old timers at the Ovaltine Cafe today were saying that the tower at the new Woodwards site at Abbott & W. Cordova looks like it's tilting north. I don't know. What do you think?

One man said, "I hope it collapses. That would be funny." He was revealing the bitterness that some Downtown Eastside residents feel about the fact that despite protests and a squat at the site, they failed to win the number of social housing units they wanted there.
Posted by reliable sources at 2:37 AM 6 comments: