CUPE: 50 Ways To Evade Your Secretary 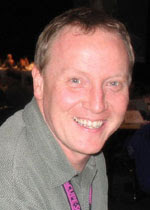 Screen out her voice, Moist
Call the cops to make a deal, O'Neill
Just step out for air, Sinclair
Put her off 'til tomorrow, Faoro
Stay within the faction, Jackson
Pretend you never heard, Youngberg
And get yourself free


Paul Faoro, President of CUPE 15, has claimed on the "Fairness for Civic Workers" website that the City has met with workers for less than seven hours over a total of eight days.

"That's more time than CUPE has given me in five years," says a former secretary to two CUPE Presidents.

When the secretary attempted to get CUPE to take responsibility for operating a "non-union sweatshop" inside Local 116, CUPE avoided speaking to her and asked the unionized Vancouver Police to muzzle her. In Dec. 2002, Constables Herrmann and Ng -- who don't have jurisdiction at Local 116, in the endowment lands policed by the RCMP -- ordered her to muzzle herself about labour practices at CUPE Local 116. The secretary wants CUPE to take responsibility for using what she calls "everything but brass knuckles" intimidation tactics. CUPE has evaded speaking to the secretary about her case for 4 1/2 years.
It is the secretary's position that CUPE 15 and other Locals became involved in this case the day letters addressed to President Barry O'Neill of CUPE BC, President Jim Sinclair of the BC Fed, and CUPE National, were passed off to police as "evidence". In fact, due to the role played by Jim Sinclair and the BC Federation of Labour, it is her position that this case has now become the responsibility of all unions funding the BC Fed.

The secretary recently noticed CUPE National President, Paul Moist, reassuring striking Vancouver civic workers of their right to "fairness". So she asked him to, in the interest of fairness, ensure that CUPE resolved her case.

Moist has evaded responding.
Posted by reliable sources at 1:07 PM 6 comments: Links to this post