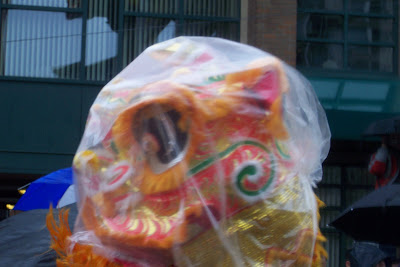 A few of the dragons in the parade wore plastic to keep the rain off their heads. 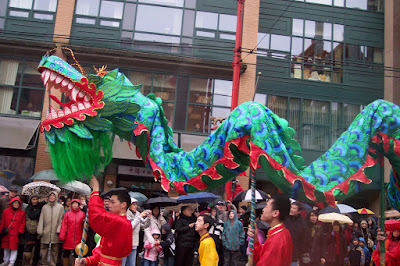 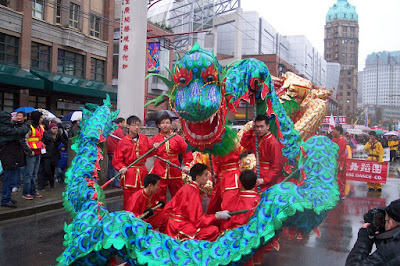 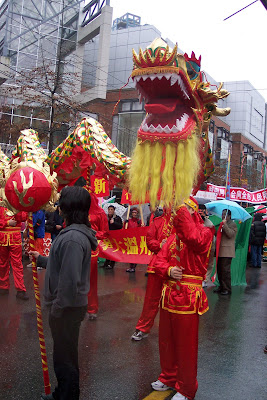 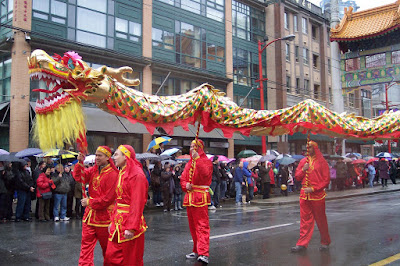 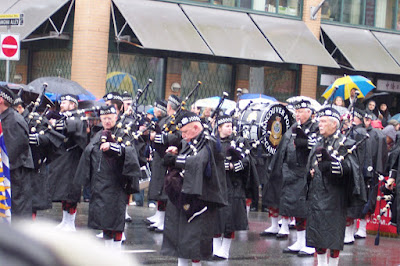 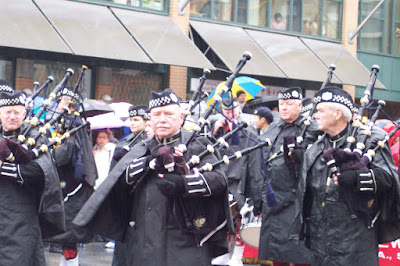 I thought I heard bagpipes. "Scottish bagpipes for Chinese New Year?"  But I knew that in multi-culti, multi-grant Canada, anything was possible.
There were other cultures represented in the parade too, from Vietnamese to Haida. 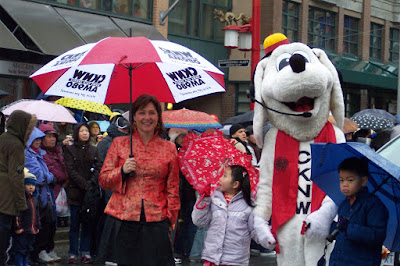 I was looking at the CKNW mascot and then I said, "Hey, that's Christie Clark."  I listen to her talk show sometimes. 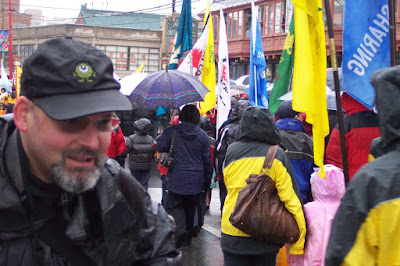 The guy in the cap in the above photo was a 'rain on the parade' type of photographer.  The parade was an event made for photographers and there were many bending the rules by going into the street to get a closer shot.  Eventually a parade crowd-control Chinese woman came around with a loud speaker and started moving photographers back toward the yellow line by the sidewalk.  So a bunch of photographers were backing up all at once and the guy with the cap decides to squat on the street and change his camera's memory card.  Then he got angry at another photographer, saying that her umbrella could have poked his eye out. She was carrying a closed umbrella by her side and it didn't have a pointed tip.  That's the first time I've seen a photographer get nasty to another while covering a news event; I've always been amazed at how cordial photographers at these events are toward one another. 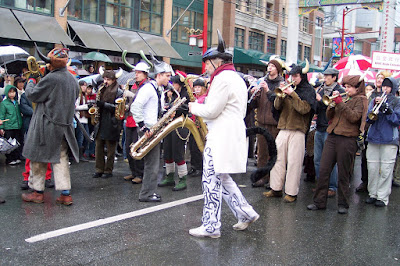 I recognized these musicians, The Carnival Band.  They played at the bandstand next to Science World last November at the party finishing off 'Bike to Work Week'. 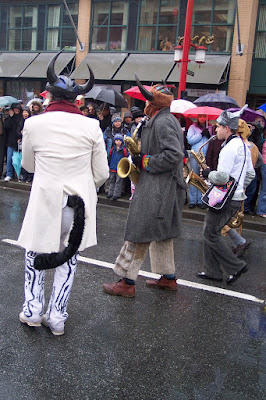