Premier Gordon Campbell and CKNW talk show host Christie Clark may wish they had left their pink shirts in the closet as their own bullying baggage is dragged out along with the shirts. Campbell has declared Feb. 25 "Anti-Bullying Day" and announced he will support Clark's "Pink Shirt" campaign to oppose bullying campaign by wearing a pink shirt today.
"The pink shirts are a gimmick", according to a press release by Canadians Opposing Political Psychiatry [COPP], while the actual record of Campbelll and Clark indicates that bullying tactics are well within their comfort zone.
Both Campbell and Clark, former BC Education Minister, are accused by COPP of having looked the other way when informed in writing that provincial dollars were being used to finance illegal criminal harassment, fraud, and "political psychiatry" tactics to ensure that "Bullying Complaints Go Nowhere." The political psychiatry tactics, in particular, have resulted in an international boycott of diplomas issued by the Vancouver School Board, a fact that Campbell has been keeping under his hat.
But COPP was not the first to sound alarms. As early as the fall of 2002, Reggi Balabanov, outgoing President of the BC Confederation of Parent Advisory Councils with whom Clark would have been familiar, mentioned in a Vancouver Sun interview that intimidation tactics were being used against citizens pursuing bullying complaints with school administrators. Balabanov said complainants were finding themselves the focus of police visits to their homes and that this had put a "chill" on the willingness of citizens to pursue complaints. 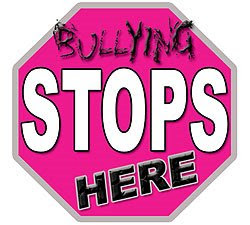 The boycott was triggered by the case of a Vancouver woman -- she lived on the Downtown Eastside at the time but has since moved -- who COPP claims became the target of political psychiatry by VSB bureaucrats using Coastal Health Authority resources. She became a target almost immediately after informing the VSB in writing that she intended to campaign in an upcoming election about their mishandling of bullying complaints. The VSB-School Liaison would later admit in a taped telephone call that he had emphasized to the VSB that there was "nothing untoward" about this woman's letter, but they nonetheless used it as the sole basis for arranging to have her assessed for "apprehension" to a mental hospital. The nurse, Don Getz, who arrived unannounced at her home to perform the assessment was, incidentally, wearing a pink t-shirt. (For a more extensive account of the political psychiatry tactics employed, click on boycott.)
The bullying worked. The woman was sufficiently terrorized that she did not campaign on the bullying issue in the election.
The provincially-funded political psychiatry that ultimately led to the boycott was brought to the attention of Premier Campbell in a letter addressed to him and hand-delivered to his office. He did not respond.

The full range of evidence of a criminal level of bullying by provincial government staff to aid the VSB in deterring bullying complainants must be investigated if Campbell is committed to the slogan, "Bullying Stops Here." And it must be investigated if the international boycott of diplomas issued by the Vancouver School Board is to be lifted. But as COPP points out, "It's going to take more than putting on a pink shirt."
Posted by reliable sources at 11:24 PM 3 comments: Links to this post