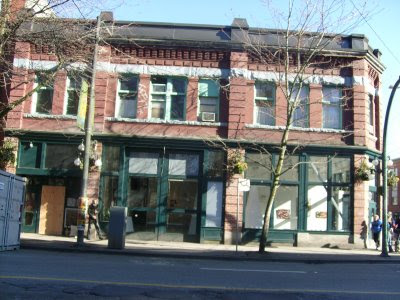 Poor people on the Downtown Eastside are demanding that millionaire developer Robert Wilson return the food money he took from them. They allege he charged rents which exceeded the 'shelter portion' of welfare cheques. That meant tenants had to dip into the 'support portion' of welfare cheques, intended for food and other basic necessities, to cover their rent. The Carnegie Community Action Project is demanding that Wilson return a year's worth of this food money.

In fact, CCAP and it's paid organizer Wendy Pederson have put up posters intended to shame Wilson. "WANTED: Robert Wilson, Georgia Laine Developments, for Crimes Against the DTES." On the posters, it is claimed that Wilson "refuses to pay back food money for a year" despite being a "hotel flipper" who made $10 million selling five hotels. It is not, of course, illegal for a hotel owner to charge rent over and above the shelter portion of a welfare cheque. It is not uncommon.

Wilson is also under fire from CCAP because February 29th is eviction day for tenants at the building he owns at 324 Carroll St. (That building at Carroll & Hastings -- see photo above -- was in the news a couple of weeks ago when Nova Scotian Steve Seymour was shot to death in front of it.) Wilson is renovating the suites in this building, turning them into condos.

Ada, a Downtown Eastsider originally from Newfoundland, is one of the tenants who has to pack up and leave Wilson's Carroll St. building today. And as they say in the Maritimes, she is 'right mad' and is going to be speaking out about it to reporters today.

This is all part of a media event organized by CCAP. Poor people will march to Wilson's office at Georgia Laine Developments this afternoon and hold a rally. The usual tactics are being used to entice the poor to show up: free sandwiches and a ride to the starting point of the march are being offered.

One Downtown Eastsider who intends to attend the rally says, "None of this would be happening if it wasn't for the Olympics."


For article and photos of the rally, go to Poor Rally Outside Millionaire Developer's Office
Posted by reliable sources at 9:18 PM No comments: