Conrad Black Not a Prisoner of Political Correctness 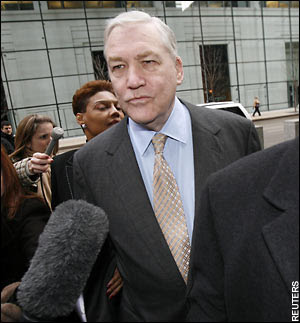 Conrad Black wrote in the May 9th National Post,

"The Europeans have become frightened by their own weakness; by their own failure to regain great influence in the world for the European Union; or even to respond effectively to Islamic infiltration."

He may be in jail but he can see where the real erosion of freedom is going on.
Posted by reliable sources at 11:40 PM No comments: 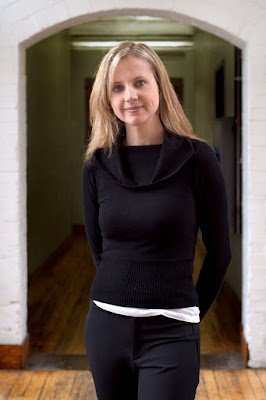 Simon Fraser University is attempting to make a name for itself as a world class university, as it passes the 20 year mark of evading responsibility for operating a sexual harassment ring targeting female students. And Samantha Nutt is helping them.

Nutt, a globe-trotting doctor who accepts awards for working to improve human rights and social justice and was named one of Canada's top five activists by Time magazine, is bringing her star-power to SFU’s international conference on global health issues this weekend. Nutt told Canadian Press that these conferences “make a difference” because they allow people to “share their experiences”. It would make a difference if she would remind SFU's President Michael Stevenson to finally arrange an investigation into the sexual harassment ring and allow victims and witnesses to "share their experiences". After all, Nutt wrote the forward for the book,"The Young Activists".

Phrases like "gender inequality", "gender gap", and "poverty" are a mainstay of this conference. But such words ring a little hollow while SFU remains unapologetic about it's record of offering female students a fast track to poverty by reducing them to crotches, resulting in at least one to drop out without getting her degree.

Colleen Phung, a researcher in SFU's new Faculty of Health Sciences which this conference is intended to advertise, will deliver her “findings on gender inequality”. SFU has no findings to deliver though on the gender inequality created by allowing a sexual harassment ring to openly operate at SFU for years. That's because they've evaded investigating it. Even when a woman dropped out of SFU due to stress caused by the sexual harassment ring, they evaded investigating the harassment. In fact, they gave one of the members of the ring, Greg Snider who had been seeking sex with students behind his spouse's back, a promotion to department head.

One of Phung's conclusions to be delivered at the conference is, "It comes down to the issue of empowerment, women not having control over their own lives." SFU seems more comfortable with empowerment of women, if they're on another continent. It's difficult for a female student to feel that she has control over her own life when she goes for an interview for entry into an SFU program and discovers she's being assessed as a potential sex partner for Greg Snider, a professor with a spouse and at least one child.

And it's difficult to feel empowered when you have to deal with Jeff Wall's habit of staring at your crotch and then looking you directly in the eye. Or when Wall is looking down your black v-neck sweater at your breasts. This was allegedly occurring at the same time as Wall was bringing another student to sleep at his Pt. Grey house, a student who discovered he had no intention of divorcing his wife. Empowering is not a word that would apply.

The woman who dropped out of SFU when she lost her ability to concentrate after being targeted for years by the sexual harassment ring and now lives in poverty, has nothing against health conferences. But she believes that as SFU extends it's global reach, it has an obligation to extend it's reach at home and to finally investigate the relentless sexual harassment ring that strained the psychological and physical health of female students on campus.
Posted by reliable sources at 1:15 AM 1 comment: