Jimmy Pattison has a Spot for Ethel Whitty 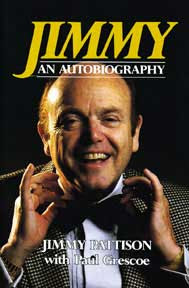 Sunday night is the busiest night of the week in the Carnegie Computer Room, as people prepare for the new week. So what did City staff do?

Believe it or not, they turned out the lights and locked the door.

After the door had been locked for a couple of hours, a volunteer opened it as a favor to people in a jam with no internet access. But he is not a regular volunteer in the computer room.

That's the problem at Carnegie with its multi-million dollar budget: the poor have to beg and cajole somebody into providing computer services that the Center is richly funded to provide.

Staff always have an excuse for not opening the doors. The current flavor of the week is that staff person Colleen Gorrie is off sick. They're like children; they must be watched constantly. The only excuse they haven't yet used is that the dog ate their homework.

Did I mention that the Sunday evening before last, the poor were locked out of the computer room as well?

The Great Taxpayer Rip-off at Carnegie continues. It is not only CUPE members who are responsible but the City's manager at Carnegie, Ethel Whitty, and her City Hall boss Jacquie Forbes-Roberts.

If you are even suspected of tattletaling to the taxpayer about locked doors by discussing the issue on the internet, Forbes-Roberts will succumb to pressure from Carnegie staff to bar you from the building. Don't believe me? Ask William Simpson who was barred "indefinitely" in a letter signed by Forbes-Roberts and hand delivered to him by Ethel Whitty and CUPE member Dan Tetrault.

Billionaire Jimmy Pattison, who has an office about ten blocks west of Carnegie, should now have spots for the likes of CUPE, Whitty, and Forbes-Roberts. He just bought "Ripley's Believe It Or Not".
Posted by reliable sources at 1:19 PM No comments: Links to this post