Is Art Bell Hinting at a Come-Back? 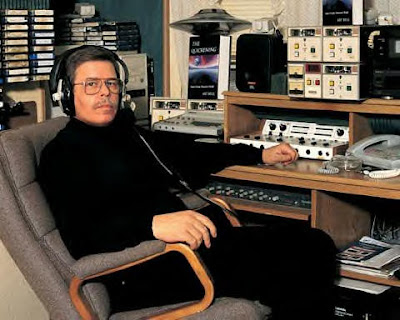 When Art Bell, long time host of the “Coast to Coast” radio show which attracts up to ten million listeners a night, announced his retirement on his July 1, 2007 show, he knew that his listeners had heard this before. So he emphasized, “This time it’s for real though. It’s for real.”

But now, six months later, Bell’s retirement is not sounding so permanent.

On the night of Jan 4, 2008, Bell was sitting in for George Noory who was on holidays. Nothing odd about that, as Bell had said when announcing his retirement that he would occasionally fill in or do a special. What was odd was Bell’s response when a caller popped the question: ‘When are you coming back?’ Bell explained that he had done the show for years and was spending time with his family. “I’m in a break here,” he said.

The caller told Bell that he didn’t think the hosts who had replaced him were taking the show in the direction he had intended. “If they’re taking it in a direction that listeners don’t want," Bell responded, "they won’t be here because the ratings will fall.” He added calmly, “Time will tell.”

Laird had suffered from health problems for years after his doctor repeatedly failed to diagnose his diabetes.

Carnegie Board member, Rachel Davis, notified the DTES Enquirer of a CNN piece by Hala Gorani, "Friends Stand Up for Jailed Blogger", about a jailed blogger in Saudi Arabia. There are parallels between this case and the Bill Simpson case. The following comment by the DTES Enquirer was left on
Inside the Middle East, Gorani's blog on the CNN website.


The jailing of a blogger in Saudi Arabia for criticizing the government is not that different from what has happened in Canada.

Police were called by Vancouver City government staff and managers on citizens believed to be associated with the Downtown Eastside Enquirer blog which criticized City government supervisors and managers. In fact a comment remains on the DTES Enquirer blog from Vancouver Police Detective Mark Fenton requesting that someone from the blog contact him.

Even a homeless Vancouver man, William “Bill” Simpson, received an email from a Vancouver police officer who wanted to speak to him about the content of the Downtown Eastside Enquirer blog on which he was believed to be blogging. Simpson told the officer that he wasn’t a blogger.

The calling of police on citizens suspected of being associated with the Downtown Eastside Enquirer blog is part of a campaign of harassment by the Vancouver City government to apparently deter blogging. In Jan. 2007, a Carnegie staff person led Simpson to the office of Carnegie Head of Security where he was told that he was banned from the Carnegie Learning Center (on the third floor of Carnegie Community Center) for daring to blog on the Downtown Eastside Enquirer. Simpson wasn’t even a blogger.

In June 2007, Simpson was elected to the Carnegie Board of Directors by low income Downtown Eastside residents upset that he had been banned from the Carnegie Learning Center. Two weeks later, a City government manager, Ethel Whitty, personally delivered Simpson a letter on City of Vancouver government stationery signed by a top City manager, Jacquie Forbes-Roberts, informing him that he was now banned from the entire Carnegie Community Center. The reason given in the letter for the banning was that Simpson operates a website that “features links” to the Downtown Eastside Enquirer blog. Simpson asked Whitty if he could enter the Carnegie building to attend Board meetings and she said no. He also asked Whitty to identify anything on the blog that was inaccurate. She offered nothing.

At one point City managers and supervisors at the City-run Carnegie Community Center were accused of launching a witch hunt for bloggers. A long term volunteer at Carnegie said that four government managers and/or supervisors separately interrogated him about whether a female friend of his was blogging. Two teachers also teamed up and interrogated him. And he was not the only person encouraged to turn in suspected bloggers. It was after those interrogations in Jan. 2007 that Bill Simpson ended up banned.

For the entire year of 2007, criticisms of the Vancouver City government for their persecution of bloggers were kept alive on the internet. Only in the last couple of weeks has Vancouver’s mainstream media, the Vancouver Sun and the Canadian Broadcasting Corporation Radio, picked up the story.

Nobody in Vancouver has yet been jailed for blogging. But the Vancouver government is moving dangerously close to Saudi intimidation tactics to deter criticism of government by bloggers.
Posted by reliable sources at 1:01 AM 7 comments: Links to this post