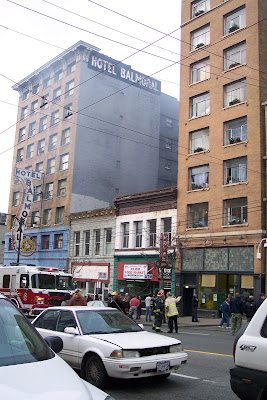 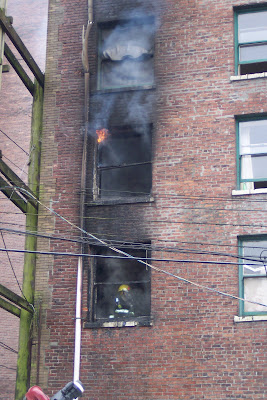 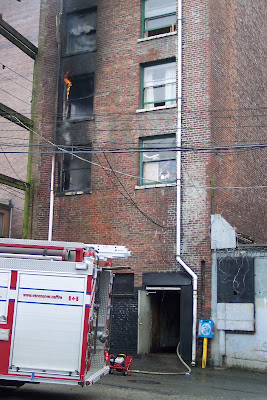 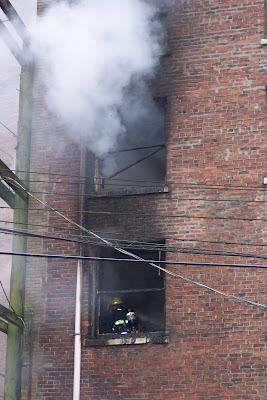 Yesterday a Downtown Eastsider was eating lunch at the Carnegie Center at Main & Hastings when it became obvious there was an emergency nearby.  "I heard siren after siren after siren." The Downtown Eastsider rushed outside and saw fire fighters at the Washington Hotel next to the Balmoral Hotel near Main & Hastings. The air was filled with smoke.
People poured out of Carnegie Center and the nearby hotels and povertarian organizations and lined the sidewalks near Main & Hastings, to watch the fire fighters.  A crowd also stood on Cordova St. watching the fire from the rear of the Washington.  Flames and smoke were visible in a room with a window facing Cordova St.
The Downtown Eastsider took a few photos and emailed them to us. 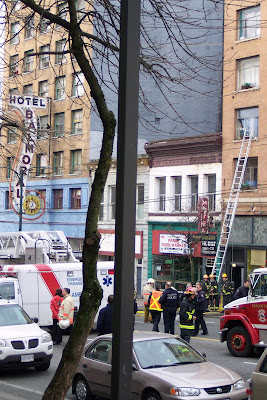 The photo above was taken on Hastings St.  The Washington Hotel is the one with the ladder leaning against it. 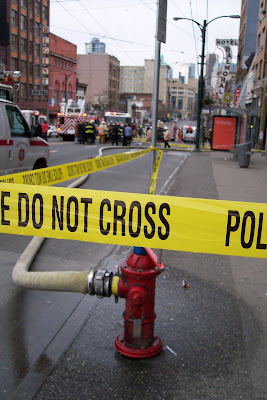 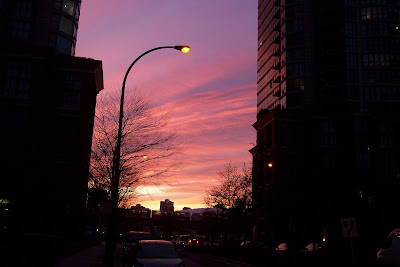