Olympic Finale: A Mob of Maple Leafers with Digital Cameras 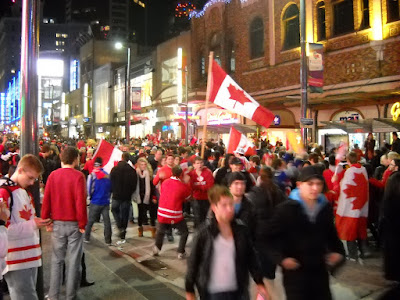 I was in the crowd on Granville St. last night, the last night of the Olympics. Every few seconds, somebody would cheer in celebration of Canada's hockey win. I pointed out to my buddy that by the looks on the faces of many people walking by me, many weren't having that a great time. "Yeah," he said, "It's forced."

There really wasn't much to do, other than wander up and down Granville St. looking at people wearing maple leaf capes or waving maple leaf flags. I pointed out to my buddy that in some countries, like Mexico, people would be dancing in the street. 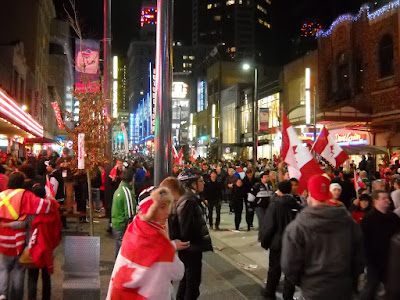 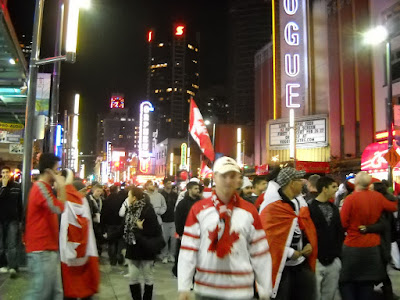 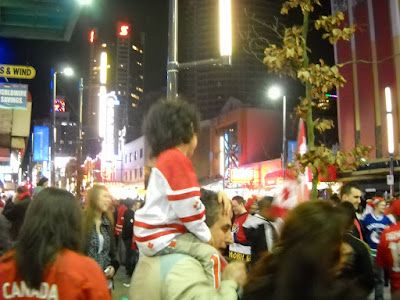 It was one big photo op. Digital cameras were as ubiquitous as Maple Leafs. That was the part I found most interesting, because you wouldn't have seen it ten years ago: every body with a camera either snapping or posing. Nobody worrying about the cost of developing film. Everybody a journalist of some sort. 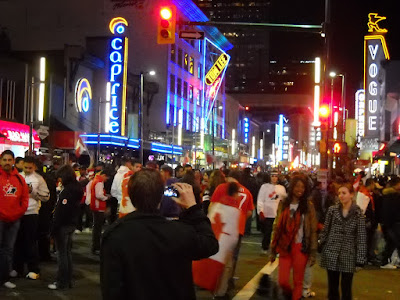 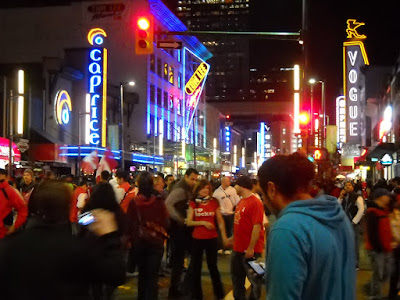 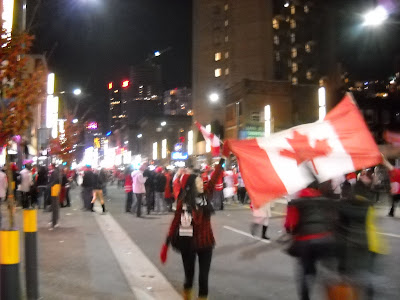 Posted by reliable sources at 11:26 AM 7 comments: Links to this post