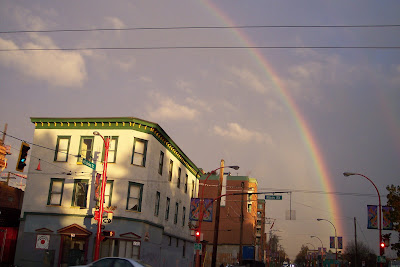 The red building in the background is Solheim Place, subsidized housing which I believe was named after Olaf Solheim. Solheim was a guy about 86 years old who was evicted just before Expo 86 from the Downtown Eastside hotel room he had lived in for a couple of decades. He died shortly after he got evicted and became a symbol of the social cost of Expo evictions.
Posted by reliable sources at 5:32 PM 2 comments: Links to this post 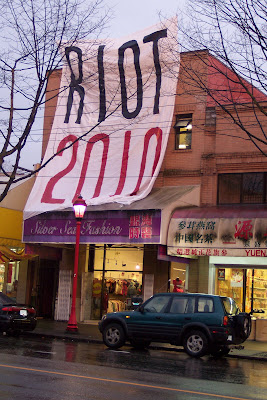 This afternoon at about 4:20 p.m., I was walking down Main St. near Pender in Chinatown when I came across this huge "Riot 2010" banner. When I walked back 15 minutes later it was gone. 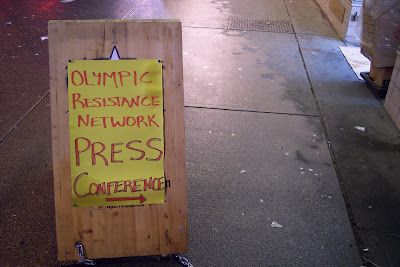 But a sandwich board on the sidewalk outside remained.
Posted by reliable sources at 5:11 PM 1 comment: Links to this post