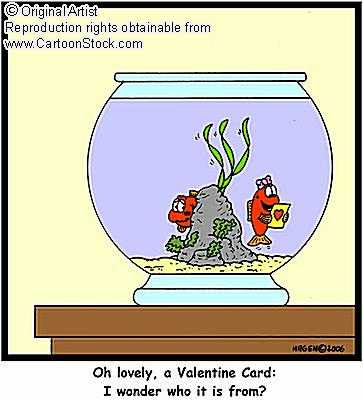 Posted by reliable sources at 11:23 PM No comments: Links to this post 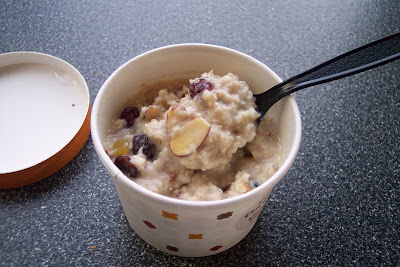 This week, residents of the Downtown Eastside and Gastown found cardboard coupons in their mailboxes from Starbucks.  Starbucks is inviting residents to drop in and try their new "Perfect Oatmeal" with nuts and berries --  free.  I read the fine print: they don't require that you buy one of their not-recession-proof coffees.
I took the coupon in this morning.
Like I said, there's no catch.  A young woman server with auburn hair asked me if I would like berries or nuts or brown sugar, or all three on my oatmeal. I went for everything but the brown sugar.  She went to the back counter to fix it, as I gazed at the sandwiches displayed at the front counter.  A turkey and cheddar sandwich was $5.95, a ham and brie sandwich was $6.25.  They looked tasty but for for me, for a sandwich, "Six bucks sucks."
The server handed me the quick-fix oatmeal in a round container with a lid that looked like a small ice cream container.  "Let it steam for a couple of minutes," she advised.  On top of the lid, she had piled a plastic spoon wrapped in plastic, and two clear plastic bags.  One of the bags contained nuts: "Almonds, walnuts, pecans".  The other contained berries:  "Dried cranberries (cranberries, sugar, sunflower oil), raisins [contain sulfites], dried blueberries (blueberries, sugar, sunflower oil), dried cherries (cherries, sugar, sunflower oil)."  Berries, especially blueberries, are big with the anti-aging crowd these days because they are loaded with anti-oxidants. Walnuts are big too.  [And lets not forget Edgar Casey who said that a couple of almonds a day can keep cancer away.]
What surprised me was how generous the portions of nuts and berries were.
"Shouldn't there be milk with oatmeal?," I wondered.  That's the way my mother always made it. But I didn't ask because I figured the server knew what she was doing.  Besides, I hadn't yet looked under the lid.
The oatmeal tasted good.  Hot enough too.   After I finished though, I was reading the side of the "Perfect Oatmeal" container which made the claim of "a satisfyng sprinkle of nuts, fruits, brown sugar and your choice of milk."  Milk!!  It would have been more perfect with a little milk.
While the oatmeal was free, Starbucks was gouging for internet access.  When I asked the servers if they had internet access, a different server told me they charge $7 an hour for internet access and $50 for the day.  But if you have a Starbucks card, she explained, you can access the internet for 2 hours and the only cost deducted from your card is for your food and beverage.
A friend told me that he went to Starbucks in Tinseltown last year and was also told that the internet would cost him $7 an hour.  He was annoyed and recalled saying to the server, "So for a coffee and an hour on the internet, it'll cost me ten bucks."  The male server responded, "Yes," as if it was nothing. [That explains why Waves coffee shops are so popular.  You can get a coffee or tea for roughly $2 and use the internet for free, for hours.  Waves recently opened a store on the Downtown Eastside, and is preparing to open a second just two blocks from the first.)
I turned on my computer on at Starbucks to make some notes and a notice popped up on my screen announcing that I was connected to the internet.  So I ended up with free internet on top of free oatmeal.
Posted by reliable sources at 12:44 PM 3 comments: Links to this post