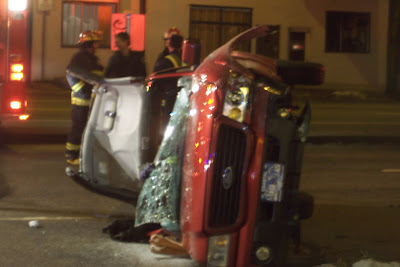 High speed appears to have been a factor in a two car accident beside the Shell station at Main & 2nd Ave. at about 11:00 p.m. Thursday night.

“They were definitely going fast, very fast”, said Gafar, the cashier inside the Shell station who was serving a customer when he heard the crash. It is unclear whether both vehicles were traveling at high speed though.

“They had to cut him out,” Gafar said, pointing to the open flap on the hood of the red car which lay on its side.

Gafar said he overheard one of the cops say, “We were looking for him.” 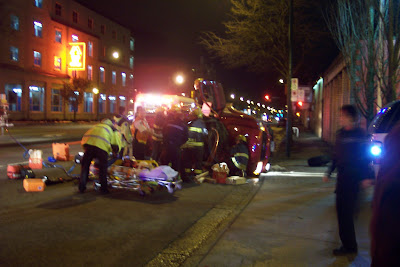 “They were both unconscious,” said Gafar, who saw one victim removed from the red car on it’s side and another removed from a black car sitting right side up a few meters up the street.

Gafar asked one of the cops about the victim in the red car. “Is he dead?” The cop responded, “We’re working on him.” 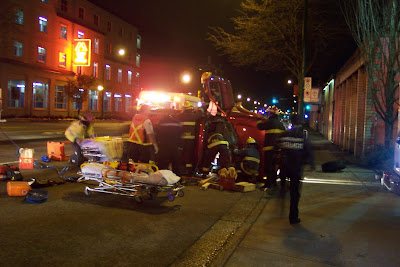 Gafar said the accident could have been much worse. He pointed to the gas tanks outside the convenience store where there is a constant flow of people driving or walking through. 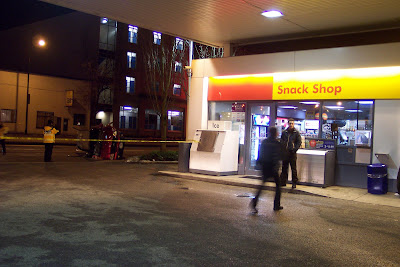 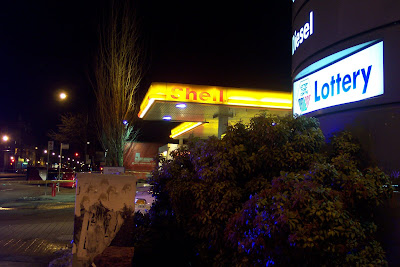 Gafar, an immigrant who speaks competent English, emphasized that it was his impression that there had been a "chase" going on when the accident occurred. 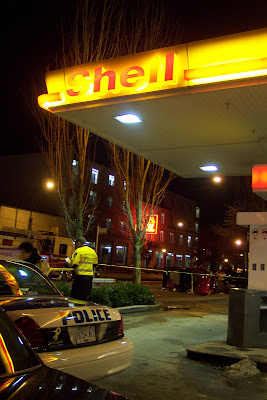 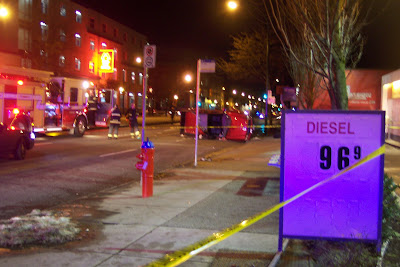 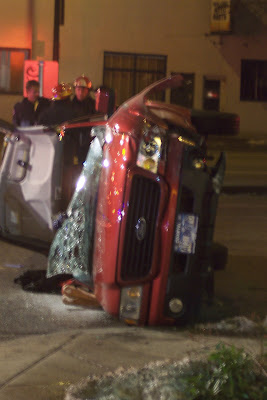 A male bystander said, "I think one of the wheels on the car is missing."
Posted by reliable sources at 1:36 PM 6 comments: Links to this post