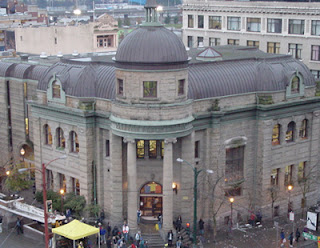 William "Bill" Simpson, a homeless man in Vancouver who was barred from the Carnegie Learning Centre for allegedly blogging, won a seat on the Board of Directors at Carnegie Centre last Thursday evening.

Carnegie is a community Centre operated by City of Vancouver management staff with input from a Board of Directors elected from the membership of the Centre. Carnegie doubles as a left wing organizing base in the Downtown Eastside neighborhood. It publishes the left wing Carnegie Newsletter, in which editor Paul Taylor has admitted in writing that he censors submissions not ideologically compatible with his views. When a blog, The Downtown Eastside Enquirer, deviated from the party line, it drew fire from Carnegie staff, Board members, and the Newsletter.

Simpson opened his candidate's speech at the June 7th Annual General Meeting with, "I am not the blogger." The crowd laughed.
But laughs don't get you elected. Votes do. So Simpson brought a contingent of Carnegie members with him to the meeting. In the days before the election, Simpson, a tall, blue-eyed man in his mid fifties with wavy, light brown graying hair which he wears in a short ponytail, says, "I talked to people and asked them if they'd be willing to come to the AGM and support me."

Simpson says he actually does not blog on the Downtown Eastside Enquirer, but adds, "If I did, I would be proud of it." These are words Simpson first spoke late last year to Bob Sarti, a Board 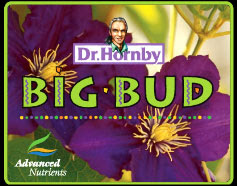 member who waved his finger at Simpson in the corridor outside the Learning Centre and yelled, "Tattle tale Queen of the Carnegie! Tattle tale Queen of the Carnegie!" The stress of publishing power in the hands of the masses appeared to be taking its toll on Sarti, a retired Vancouver Sun reporter who was organizing the Anarchist Surrealist Jamboree which took over the Carnegie Centre in Janaury 2007. After decades of left wing activism, Sarti and fellow Carnegie Board member Margaret "Muggs" Siguirgson retired to Hornby Island, famous for Dr. Hornby marijuana plant fertilizer.

But Sarti got in a parting shot at alleged blogger Simpson before departing in January 2007. He voted along with other Board members to bar Simpson. On Dec. 15, 2006, Simpson was met at the door of the Carnegie Learning Centre by teacher Lucy Alderson and escorted to the office of "Skip", the Head of Security for Carnegie. There Simpson was informed that he was barred from the Carnegie Learning Centre for blogging on the DTES Enquirer blog. In the Dec. 15, 2006 edition of the Carnegie Newsletter -- a newsletter subsidized by the City of Vancouver which provides free office space, etc. -- Sarti was credited with being the "unsung hero" who outed the "now-verified blog bozo."

The Downtown Eastside Enquirer gives a voice to political dissidents inside Carnegie and on the Downtown Eastside, people who deviate from the party line of the left wing establishment in the neighbourhood. Alderson, along with Carnegie Director Ethel Whitty, Education and Arts Co-ordinator Rika Uto, and others had been given low marks on the blog for too frequently locking students out of the Learning Centre or evacuating students in the middle of the afternoon on a weekday -- always with the excuse that a volunteer (usually somebody with a known drinking problem) hadn't shown up.

For a short time, the blog tracked closures of the Learning Centre and Computer Room on the 3rd floor of the Carnegie Centre, facilities which would close despite up to $500,000 worth of management, supervisory and support staff having offices just meters away on the same floor. On the coldest evening of the year when Vancouver's underclass flocked to Carnegie to keep warm by passing the time watching television or using the internet, Whitty allowed them to be locked out of the Computer Room near her office. She took off out the door of the Centre.

This new accountability-by-blogger has met a hostile reception at Carnegie. Just a couple of weeks ago, long term Board member Jeff Sommers accused Simpson of writing for "that stalker rag" and refused to talk to him. Sommers was re-elected to the Board along with Simpson on Thursday evening.

Although Simpson has become a symbol of blogger repression at the Carnegie Centre, he has not been the only one targeted. Simpson was barred during what has been termed a 'witch hunt' for bloggers in 2006-07. Volunteers were interrogated by staff and encouraged to turn in bloggers posting on the DTES Enquirer. One long term volunteer is now on record as stating that he was interrogated by numerous staff persons -- Director Ethel Whitty, Learning Centre teachers Lucy Alderson and Betsy Alkenbrack, and Volunteer Co-ordinator Colleen Gorrie -- about who he may have seen blogging on the DTES Enquirer. He stated that he was pressed on separate occasions by all of these staff persons – all of whom claim that empowering this Downtown Eastside "community" is their priority -- to finger a close friend of ten years as "the blogger", a friend who incidentally is not a blogger but had been caught in the net of staff suspicion.

Being under suspicion is enough to get a person barred. Carnegie Board member Gena Thompson admitted in a comment this year on the internet news site NowPublic.com that Simpson had been barred based on suspicion:

"…I am a Carnegie Board member and took part in several of the decisions criticised in DTES Enquirer, including the decision to bar the suspected author…."

Thompson argued that a blogger making criticisms of Carnegie should come out from behind their internet name and release their real name – but she acknowledged that such a blogger would risk becoming a target of Carnegie repression:

"After all, all he risks by having his identity known is that Carnegie may choose to refuse him access to its public computers."

Carnegie staff do not appear to have a problem with all bloggers -- only those who criticize them. In fact, the Carnegie Learning Centre hosts Homeless Nation, a Canada Council funded project which teaches people to blog about their experiences as homeless and poor people and blame their problems on centrist or conservative politicians. Did I mention that nobody using Carnegie Learning Centre computers to blog on the Homeless Nation is homeless? Revealing such inconvenient truths was what made the DTES Enquirer a target of repression at Carnegie in the first place. Staff and Board members were livid last fall when the opera "Condemned" was performed in the Carnegie Theatre and the DTES Enquirer pointed out that Ethel Whitty and others were falsely presenting it to newspaper reading taxpayers as written and performed primarily by homeless people. The DTES Enquirer pointed out that the vast majority of those involved in that opera were not homeless and were, in fact, well-ensconced in some of the best social housing in Canada. Gena Thompson's name was mentioned in this regard, apparently leading to her claim that she had been "flamed" by the DTES Enquirer and therefore supported barring "suspected author" Bill Simpson.

After last Thursday's AGM, Simpson says, Director Ethel Whitty shook his hand and congratulated him. "I remain cold to her," he says of this manager from the City who was instrumental in getting him barred for blogging. Like other Carnegie members, Simpson has lingering questions about what, if any, role Whitty played in directing Vancouver Police to contact him at Carnegie recently to chat about the Downtown Eastside Enquirer blog. He told police he did not write for that blog. Other past and current Carnegie members have also been contacted by police.

One Carnegie member, an American, has observed that the repression of bloggers by Vancouver City government staff is reminiscent of that being practiced by governments in European counties where free speech laws are limp. "This isn't police work", he said, "It's police state work."

Posted by reliable sources at 11:43 PM 6 comments: Links to this post