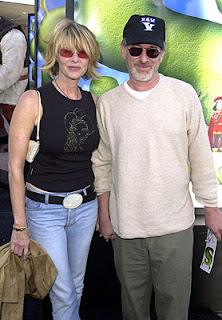 This woman got carbon monoxide poisoning during the filming of a Honda commercial in 2000. She claims that the Vancouver Film Office responded to the poisoning by continuing to create the conditions that caused it.

During the filming of the Honda commercial, the resident alleges, the crew left a generator running just below her window, along with an idling truck, for most of the day. First they put the generator in the doorway of a school just up the street,” she explains, “but a teacher [Richard M.] went out and told them to move it. Then they put it under my window." The trouble was, she wasn't aware that that's where they had put it.

Over the years, she says, she has put in countless unpaid labour hours attempting to prevent the film industry from putting idling trucks and generators outside her windows for hours. Even a fireman at Main & Powell confirmed in 2002 that these conditions were dangerous, that a stream of carbon monoxide will crawl up the side of the building and enter an open window (the only windows in these apartments are facing Powell St.). But the fireman's comments seemed to have little effect on the Film Office.
After the struggle to have health and safety standards recognized on Powell St. had gone on for over a year, the resident did get a letter from Muriel Honey, Manager of the Vancouver Film Office, dated Sept. 24, 2001.

"The complaints you raised during the filming were valid -- specifically the problems with generators spewing fumes right under the window of your home. . . . Please be reassured that neither the City nor the Location Managers we work with want to cause you any grief as far as filming is concerned, and that we will continue to ask film production companies to respect your request that they keep generators and work trucks away from your windows."

It is now six years later and the same conditions continue to be re-created.
The resident did not get much satisfaction from Honda either. She told Honda in writing in 2000 that she had gotten sick. How did they respond? "They didn't", she says. They target their commercials to women and people concerned about the environment, she points out, but when her apartment was pumped full of carbon monoxide fumes, Honda didn't believe it warranted a response.
Mercedes Benz was responsive though, she says. She asked them to cancel plans to film a commercial in the same area where the Honda commercial poisoning had occurred, until the City Film Office started to respect basic health needs of residents during filming. In September 2001, Mercedes Benz canceled a commercial at the last minute. "I bet that cost them something." She believes dealers in the Vancouver area told Mercedes to cancel. She faxed a few dealers a copy of a document summarizing the situation. "I've felt good about Mercedes Benz since then," she says. "If I had the money, I'd buy a Mercedes."

There is no mention of this unresolved issue, though, on the BC Film Commission website which promotes this strip of Powell St. as a prime filming location on their home page. A promotional video appearing at the top of their home page contains footage of the Europe Hotel. The Europe is just meters away from where Mercedes canceled their commercial and it is just a few doors away from where the original poisoning occurred.
The public image promoted by the Vancouver Film Office and the BC Film Commission is that they value cooperation with residents, but this resident told the DTES Enquirer via e-mail that it's been her experience that residents who expect genuine cooperation are seen as "troublemakers". A memo obtained from a Freedom of Information request to the BC Film Commission tends to support her claim; it reveals that the fact that she had spoken up during a previous shoot was used against her during the Honda shoot. "Brian", the location manager on the Honda shoot, ridiculed the resident in an internal handwritten memo dated Aug. 11/2000 to “Pamela”:

"[Name of resident] from 'It's a Girl Thing Fame' swooped into action
causing all sorts of grief. But Jon [Summerland] was able to work things out
with her."

What had the resident done on the set of "It's a Girl Thing" to earn "fame"? She had told the Vancouver Police constable on site that they did not have a permit to shoot outside her apartment. The permit locations were no secret, she says, they were listed on a poster notifying residents in the other building of the shoot. "Some guy was below my window yelling "Action!" at the top of his lungs and I was lying in bed and I couldn't take it anymore." The police constable was standing on the periphery of the set so the two had to holler to hear one another. "I was on my balcony and there was a crowd of people staring at me." The crowd may have gathered because Elle MacPhearson and Kate Capshaw were starring in the film. Capshaw is married to Steven Spielberg and a man fitting Spielberg's description was giving tips to the actors below the resident's window. When the permit issue came up, this man eventually said, "We better go." But the cop seemed "starstruck", the resident says, and didn't ask them to leave.

You have to remember, the resident says, that this was a period of 'film fatigue' on the Downtown Eastside with massive over-filming. In fact, it was shortly after "It's a Girl Thing" that the Downtown Eastside Residents Association held a public meeting on film fatigue in which representatives from the film industry were invited to come and listen to residents. "There was a packed house at the meeting; it was in the theater at the Carnegie Center." Excessive filming is less of a problem now, possibly because overall filming in Vancouver is down 30% this year (even before the strike), according to comments Muriel Honey made to the media.

The resident received a letter from a lawyer, Kim Roberts, for "Girl Thing Productions, Inc." dated June 16, 2000 claiming that, "The permits which our client obtained for this shoot covered the activities you describe...." Roberts added that his client "utilized a Downtown Eastside Residents Association liaison". That liaison, though, disagreed with Roberts' statements.

In a letter to Roberts dated June 23, 2000, Karl Schmidt, the Downtown Eastside film liaison confirmed that "It's a Girl Thing" did not have a permit to film at the resident's address or even on that side of the street:

"It is true that the film shoot did take place in front of [resident's
address]. . . . The second floor is not a true second floor so her apartment is
only a few feet off the sidewalk....Both Mr. Hanley [a DERA rep on the set] and
the Police looked at the permit. It only mentioned 103 and 120 Powell St. For
those of us who live in the neighbourhood and read the address of 103 Powell
[we] would know that it is sufficiently away from [resident's address] not to
have a great impact....Further, the June 5th letter from "It's a Girl Thing"
states the "walk and talk" was to be at the entrance at 120 Powell Street (south
side) in the evening."

And far from the resident being an isolated troublemaker, others had swooped into action about "It's a Girl Thing" before she had followed instructions to put her complaint in writing. Schmidt wrote: "At a meeting at City Hall, on June 12th, before we were aware of [resident's] letter, Dera had brought the problems of this shoot to the attention of the City of Vancouver Film Department."

The resident says the lawyer's behaviour was at odds with the image of cooperation the film industry attempts to project. She stated that although Roberts claimed to have contacted her on behalf of "It's a Girl Thing," when she asked him a question, he wouldn't answer; there was just dead silence on the line. When she asked the same question again, there was dead silence again, and again. He acknowledged in writing that she had told him that she should report his behaviour to the Law Society: "In our conversation in June 16, 2000, you threatened to report me to the Law Society. If you feel there has been any breach by me of the Law Society Rules, I encourage you to make a complaint." I bet the film industry is still using that lawyer, she says.

Although the resident e-mailed Muriel Honey about the filming on Thursday, Sept. 13, 2007 and got no response, she largely avoids dealing with film industry managers. She finds too great a discrepancy between what they say they do and what they actually do.
Certainly, she is not the first person to question the professional integrity of Muriel Honey and Mark Desrochers, former Director of the BC Film Commission. Desrochers was fired from his job at the BC Film Commission, along with his wife who also worked there, for "irregularities" which were never disclosed to the public. Muriel Honey, while she was on the City Hall payroll as Executive Assistant to then Mayor Gordon Campbell, was exposed in 1993 by the Vancouver Sun's Jeff for working, along with Campbell's Communication Assistant Jan Fraser, on his leadership campaign for the provincial Liberal Party. According to Lee, Campbell admitted that Honey and Fraser were performing this work, but claimed they were using their vacation and other time off to do it.

The fact that the film industry can be more adversarial than cooperative was not lost on Jenny Kwan, Member of the Legislative Assembly representing the Downtown Eastside. During the period of massive over filming, Kwan told a Downtown Eastside resident in a letter dated May 1, 2001 to "contact Legal Services Society" about abuses.
The resident is no longer interested in contacting anybody other than advertisers. The public, she has noticed, is becoming increasingly interested in how products they consume have been produced. She believes that once advertisers on films airing on television find their names linked on the internet to unfair production practices, the Vancouver Film Office will, as Brian would say, swoop into action.
Posted by reliable sources at 11:18 PM 4 comments: Links to this post