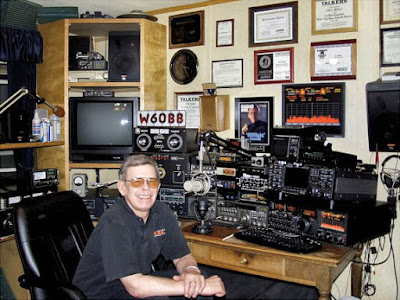 It's almost as good as an endorsement from Oprah. Radio host Art Bell endorsed Barack Obama last night on the late night Coast to Coast show. Coast to Coast gets up to 10 million listeners a night.

"I think I'm an Obama guy," Bell said during his opening remarks on the show. Then he repeated himself, explaining that after listening to the speeches and "watching the sparks fly" between Barack and Clinton, he believed himself to be "an Obama guy."

"I like Obama", Bell added later in the show. "I think Obama has the ability to bring this country together in a way that has not been done since John Kennedy."
When a caller expressed the opinion that Obama's Muslim ancestry could work in favor of the U.S. internationally, Bell disagreed. "We're very much a warrier-like people and I don't think the race or background will make any difference to those attacked."

Bell, a self-described Libertarian who had earlier in the primaries praised Republican Ron Paul for his "revolutionary" ideas, commented last night on John McCain becoming the Republican candidate for President. "I've always liked John McCain but would have liked him to achieve that last time."

Bell's endorsement of Obama carries weight, even though Bell now only does the occasional Coast to Coast show. Bell built up a loyal, almost cult-like, following during his years as regular host of the show which not only focuses on UFOs and the paranormal but has a steady stream of interviews with political authors and scientists.
One caller told Bell last night, "You're a legend." Bell responded, "I really would prefer not to be thought of that way." In the past Bell has attempted to knock himself off the pedestal listeners put him on, advising them not to assume that he has the answers, that he is no more qualified to figure things out than they are.
Related Story: Racist Comments Follow Art Bell's Endorsement of Obama
Posted by reliable sources at 11:35 PM 1 comment: