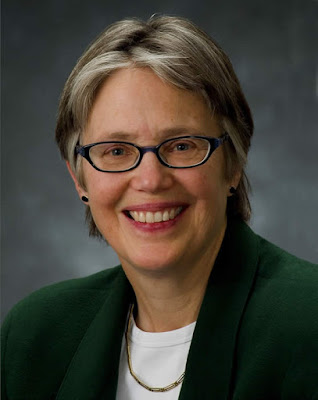 Penny Ballem, Vancouver City manager, sent an email to all staff late Friday afternoon announcing that there was now a freeze on hiring for all staff positions.
Ballem explained that City revenues over the past several months have been far lower than predicted due to a decline in development.  If this situation continues, according to Ballem, taxpayers will be hit with at least an 11 % property tax increase.  At least.
Ballem was instructed by Council a couple of weeks ago -- when residential taxpayers were bracing for a mere 6-8% increase -- to look closely at all City departments and agencies and cut the fat. 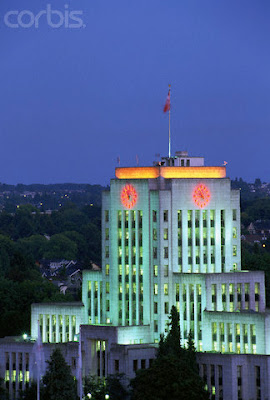 Vision Councilor Raymond Louie expressed concern last week, according to 24 Hr. newspaper, that the residential tax increase could result in less support amongst taxpayers for services.
Services?
Too much of what the tax payer is funding are 'disservices', projects that disempower people:  like CUPE members writing security reports about non-violent people at Carnegie, then passing them on to clerical staff paid twenty-something dollars an hour to type them in to the City's "Security" database, and then arranging follow-up meetings between Security boss Skip Everall, Carnegie Director Ethel Whitty and Assistant Director Dan Tetrault -- meetings which sometimes include the targeted individual, sometimes not -- and those meetings breed further follow up meetings.  Multiply this by hundreds of people a year. And then add on the hours staff spend discussing who is suspected of blogging about these security abuses, and then add on the hours it takes to constantly brief staff -- even the librarian in the VPL "reading room" that doesn't need a librarian -- about who is suspected of squealing to Joe taxpayer via blogs.  And factor in that much of this "security" work is overseen by Skip Everall, a man who shows up to work wearing Bermuda shorts through cold snaps and snow falls.  Do you feel secure?
These and other make-work projects for CUPE members at Carnegie continue while the soup bowls in the cafeteria are no longer filled to anywhere near the brim.  And people buying dinners keep asking, "Who shrunk the portions?"
None of this is likely to change. CUPE brought Vision to power and Vision brought Penny Bellam to power, and they, like Mulroney, know that, 'You dance with the lady what brung ya'.
So the tax increase will be 11%.  At least.
Posted by reliable sources at 8:40 PM No comments:

Since the annual Women's Memorial march to remember missing or murdered women on the Downtown Eastside began today with opening ceremonies inside Carnegie Center, it would be fitting to use it to remember the living dead in Carnegie Center too.
They are women whose liberties and reputations have been killed off by Big Brother Skip Everall or Big Mother Ethel Whitty at Carnegie Center because they dared speak up about human rights or due process.  They are the women on whose necks the guillotine slammed down.
These women are noticeably missing from Carnegie events.  Driven out.
Just hours before the Valentine's Day Women's Memorial march began, a male musician from Carnegie was talking about how a female musician who had spoken up about human rights violations at Carnegie, tried walking into the music jam next door at the Health Contact Center. A staffperson who has worked both at Carnegie and the Health Contact Center arranged for her to be ushered out.  No singing, no music, for her.   Banished to the world of the living dead.
As today's march proceeded down Main St. and then over to Oppenheimer Park, I remembered the women who have spoken up.  And I remembered their attackers, Skip Everall, Ethel Whitty and other povertarians.  They will strike again.
Posted by reliable sources at 5:15 PM 1 comment: