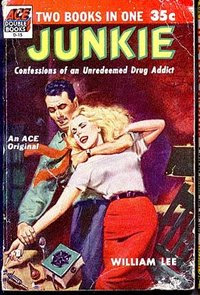 The following post appeared on the Downtown Eastside Enquirer in April 2006. It is being re-printed because it remains relevant as we await the announcement by the Harper government this week of their new drug strategy, one that is not expected to grant Insite the 3 year extension requested.
--------------------


I live a couple of blocks from Insite, the Safe Injection Site on Vancouver’s Downtown Eastside. I welcome Prime Minister Harper's announcement that his government is not committed to it and will subject it to a review.

I would like Harper to review Insite in the context of the monstrous Medical-Industrial complex of which it is an integral part on the DTES. This complex consists of a myriad of medical organizations interfaced with a burgeoning poverty industry. It constitutes virtually the entire economy in this neighbourhood which is often referred to as a socialist experiment. Those profiting from this medical-industrial complex -- most of whom live outside the DTES and are referred to by residents as “poverty pimps” -- must constantly manufacture case files to attract public funding. The result is a case file economy.

Everyone is a potential case file. First they case-filed welfare recipients, a population prone to accepting dubious diagnoses that could be exchanged at the welfare office for a higher rate. Then they case-filed the junkies. And now they are case-filing you, Joe and Jane average Canadian. Freedom of expression by average people is now routinely medicalized in the DTES, viewed by poverty pimps as yet another case-file opportunity. Try speaking up or writing a letter on a political issue, criticizing a non-profit organization, or even querying a health professional about the side-effects of blood pressure medication. You may find a nurse on your doorstep announcing that you have been targeted for “assessment”, psychiatric or otherwise. Even after you are “cleared”, your new case file remains permanent.

Try complaining about this gratuitous case-filing and a nurse may arrange for a police constable to show up at your home to deter such “harassment”. And you may find that the swarm of street workers dispensing needles to injection drug users have been briefed on your file and encouraged to monitor you.

Maybe it is this uncomfortable refusal by Townsend that makes it expedient for Gillian Maxwell to now act as media spokesperson for Insite -- as indicated from her quoted comments in a recent Metro News article -- during the run-up to Harper's decision on whether to shut it down. Maxwell receives a hefty pay cheque in the medical-industrial complex. She has never displayed much interest in the majority of residents in the neighbourhood who saw ourselves in Harper's election promise to start rewarding “people who play by the rules”.

Maxwell's spiel, like Townsend's, is that research into Insite favours preserving it. But how neutral are the numbers? Hopefully, they haven't been influenced by MP Libby Davies' son, Leif Erikson, who was parachuted into the facility to work.

Watching the medical-industrial complex in action has cured myself and several other long term residents of the DTES of one thing, our socialist leanings. I’d like Harper to give civil liberties a shot in the arm and dismantle it.
Posted by reliable sources at 2:02 PM No comments: