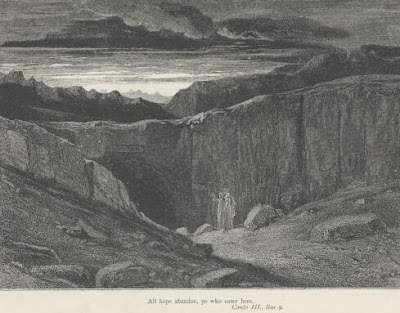 Remember the woman who was banned from the Carnegie Seniors' Center for daring to talk back to Devor, a notoriously abusive coffee seller? She remains banned. She said today that she has now been banned eight weeks....for daring to use her voice.

Since the Communist Bruce Erikson was influential at Carnegie, there has been a painting by Erikson of the Downtown Eastside and a wooden banner hanging on the wall in the theatre area. "To have no voice is to have no power", are the words carved in the wood of the banner. Yet there is no doubt that the City of Vancouver management at Carnegie, Director Ethel Whitty, Assistant Director Dan Tetrault, Security boss, Skip Everall, and Whitty's supervisor at the City, David McMillan, are punishing female assertiveness.

Carnegie Director Ethel Whitty does not deny that the woman was banned for using her voice. And Whitty explicitly acknowledged in a taped conversation in June that the banned woman had never posed a physical risk.

Not only have Carnegie staff banned the woman for using her voice, they continue to subject her to "mental cruelty" by evading telling her when the ban will expire. Two weeks ago, the woman dropped off a letter to Carnegie requesting written notification of when the ban would be lifted. She has not received a response to the letter. At the time she dropped off the letter to Carnegie, Tetrault and Everall even attempted to avoid giving the woman proof of receipt in the form of a signature and date stamp, but after ongoing insistence on her part and an impromptu private meeting on their part, Everall did sign for the letter, using his initials only.

This is the same pattern of mental cruelty to which Whitty, Tetrault, and Everall subjected duly elected Carnegie Board member William Simpson over the past year. It's a pattern, notes the boyfriend of Whitty's latest victim.

The woman herself describes Whitty's behaviour toward her as "sadistic". On two occasions when the woman gave Whitty detailed accounts of how the banning had stressed her, she says Whitty "smiled and she got this look in her eyes as if she was enjoying hearing about it." And then Whitty would -- the woman imitated her here -- turn down her lips and shrug her shoulders, the way people do when they're indicating they don't care about something. The woman didn't didn't know at the time that the meetings were being taped but she did find it odd that Whitty was "using gestures instead of words" to respond to things she was told.

Rumor has it that VanCity is going to be asked to cease providing grants to Carnegie until this human rights abuse case is resolved.
Posted by reliable sources at 9:22 PM 6 comments: