Wendy Ladner-Beaudry: Murder on the Right Side of the Tracks 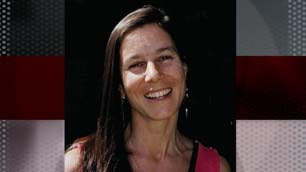 Wendy Ladner-Beaudry wasn't white trash.
On Monday, the CBC website printed this about Friday's murder of Beaudry-Ladner in Pacific Spirit Park at UBC:
"Dozens of RCMP homicide investigators continued to scour a heavily forested urban park in Vancouver's west side on Monday, searching for clues in the killing of a jogger."
Dozens?
On Tuesday, Metro News printed this: "About 75 police officers are working around the clock to gather evidence and interview witnesses in the murder of Wendy Ladner-Beaudry, who was killed while jogging through Pacific Spirit Park."
Seventy-five police officers?
If a woman on the Downtown Eastside, whether white or aboriginal, was murdered, there is no way there would be dozens of homicide investigators scouring the area for clues.  You wouldn't see that on the day of the murder and you wouldn't see it four days later.
Take the young white woman who was allegedly shoved out a window of the Cobalt Hotel during a dispute over drugs. A man who lived down the hall said a homicide detective knocked on his door and asked him if he had heard anything. He said he hadn't. But later he recalled that he had heard what sounded like a cat screeching and had peeked out the door.  He remembered too late though. That homicide detective was gone never to return.  And there weren't dozens of investigators combing the Cobalt for evidence.
I can understand why women who live high risk lifestyles get less sympathy from the cops and the public when murdered than a straight-living jogger. I don't agree with it -- murder is murder -- but I can understand it; if you treat your own life like it's cheap, then expect other people to treat it as cheap too. But even if a straight woman living on the Downtown Eastside, not into drugs or the sex trade -- and there are many such women on the DES -- was found dead and bloodied in Crab Park like Wendy Beaudry-Ladner in Pacific Spirit Park adjacent to million dollar homes, do you think there would be "dozens" of homicide detectives scouring the scene for clues?  Then you're on drugs.
Another thing.  After the murder of Ladner-Beaudry, there was speculation that the attacker could have been a homeless man in the park.  A neighbor said she had seen an "unusual" looking man in the park who was unwashed and smelled.
But police know that statistically women are more likely to be murdered by an intimate male partner than a stranger.  At the press conference yesterday, the victim's husband Michele Beaudry provided himself with an alibi.  "I was at Whistler having lunch", he said with a short laugh.  I'm not saying he was involved, but he knows he's being looked at.
Posted by reliable sources at 9:45 PM 11 comments: Links to this post