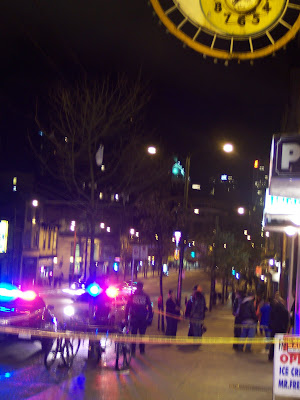 A 24 year old man was stabbed at the Balmoral Hotel on Hastings St. on Friday night at about 11 p.m. He was reportedly trying to break up a fight on the dance floor. 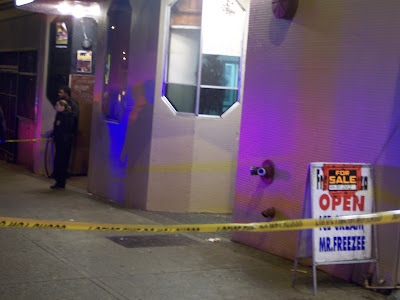 As I look at these photos of police officers at the Balmoral after the stabbing, I'm reminded of something I've been noticing over the past couple of years: female police officers seem short to me, considering that there is a large pool of big women to hire from. I mentioned that to the late Tom Green, who was caretaker of Strathcona Park and then Robson Park, and he said that was because there's a lot of nepotism at the VPD and they're hiring one another's daughters. The lower height requirement also allows them to hire more Asian officers, male and female. 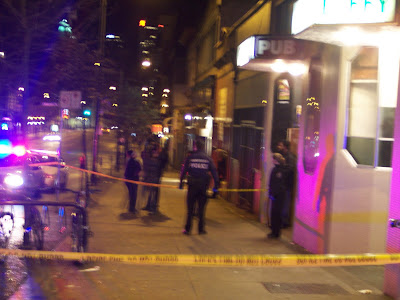 On a positive note, the woman who sent me these photos reported that police didn't bother her when she was taking them. It's been a struggle, but the VPD under Chief Jim Chu are getting more respectful of the Charter right of citizens to take photos at crime scenes. In the past many VPD officers didn't want their photos taken and photographers were being harassed, even grabbed.
Posted by reliable sources at 4:04 AM No comments: 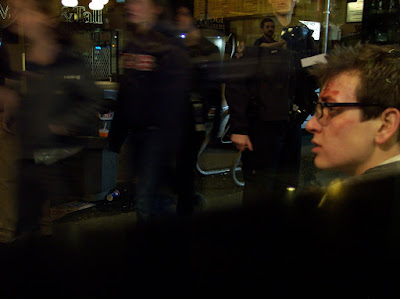 A man got a bloody forehead when a bunch of guys attacked him as he sat in front of Waves coffee shop at Hastings and Richards on Saturday at 3:30 a.m. The attackers were banging up against the window of Waves, according to the Downtown Eastsider who submitted these photos. A group of police officers arrived almost instantly and broke it up; somebody had apparently called them earlier. Police spoke to several witnesses. Women went into Waves afterwards, crying. 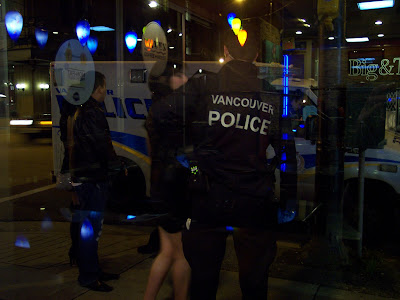 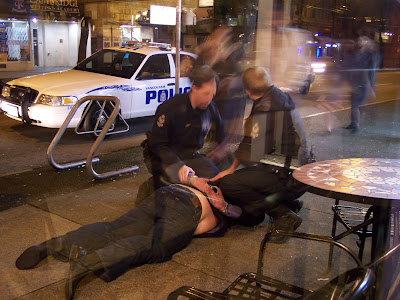 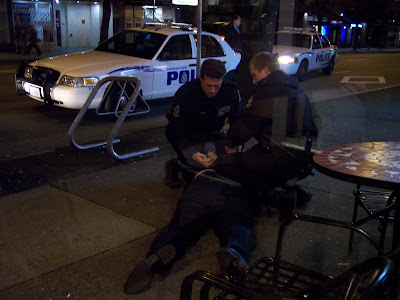 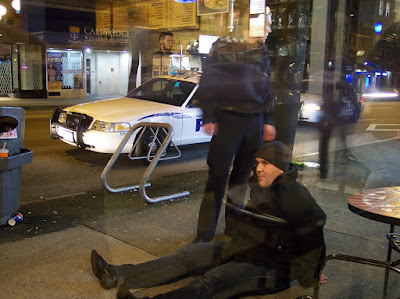 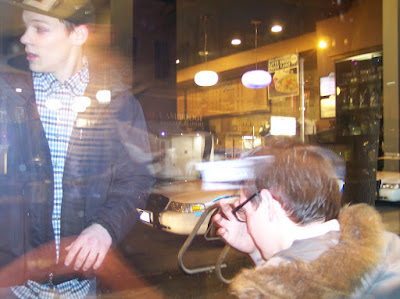 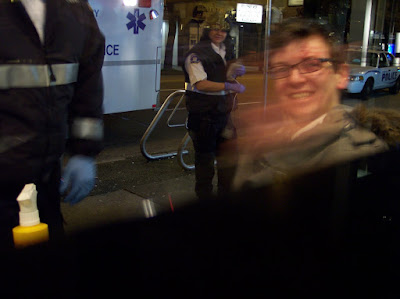 A server at Waves said these brawls happen every weekend, often started by people who have had a few drinks at the nearby bars. The victim in this case was tended to by ambulance workers but from this photo, it looks like he'll be ok.
Posted by reliable sources at 3:18 AM No comments: