"They Got Away With It" 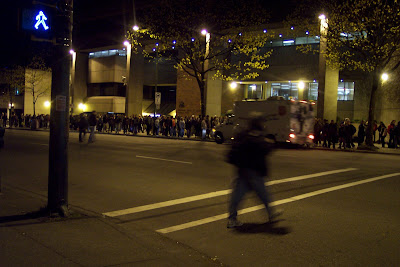 When I walked past the line up at the Sally Ann soup truck at Main & Cordova (photo above) on Tuesday night, I spotted homeless Bill Simpson and stopped to chat.

Simpson mentioned that he had passed Ethel Whitty on the street on the Downtown Eastside a few days ago and she had said hi to him."It eats me up inside", he said. "What eats you up?", I asked. "The fact that they got away with it."

He was referring of course to the fact that when he was elected to the Carnegie Board of Directors last June, Carnegie management delivered him a letter a couple of weeks later barring him from the building. Ethel Whitty, Carnegie Director who is on the City payroll, told him that he would not even be allowed into the building to attend Board meetings. He stood on the sidewalk for meetings in the sweltering heat last summer. Rachel Davis, a fellow first-time Board member, loaned him a cell phone and tried to persuade the Board to at least let him have input and vote at meetings via cell phone. No go.

Carnegie and the City of Vancouver have now blocked this elected representative from attending Board meetings for almost a year.

Come out to this year's Carnegie Annual General Meeting on June 5th. Buy a membership to Carnegie for $1 by May 21st -- that's today! -- and you too can vote in the not so free election. 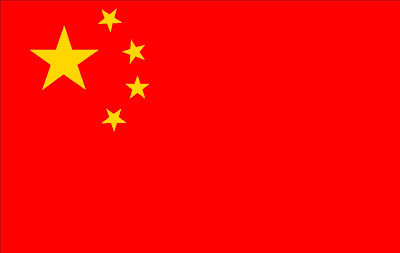 Posted by reliable sources at 1:34 AM 4 comments: Links to this post