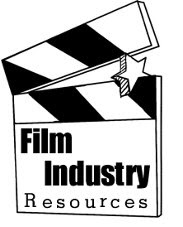 Thinking of filming a commercial in Vancouver?  Please don't.  Make your commercial in Burnaby or New Westminster or Surrey.  Anywhere but Vancouver.
The City of Vancouver Film Office under Muriel Honey is tainted by human rights abuses.  If you do business with them, your company could end up tainted too.
Here's an example of abuse by the Vancouver Film Office:  Despite verbal promises to a Downtown Eastside resident sickened by a generator outside her street-level window ten years ago during the filming of a Honda commercial on a hot day with little wind, staff at the Vancouver Film Office and their Manager Muriel Honey did little to ensure that she was not sickened again. After a battle that went on for years, Honey promised the poisoned resident in writing that there would be no more generators parked outside her street-level windows.   Honey said that even film trucks would not be situated there.
Honey lied.
Over the years, Honey has repeatedly violated the agreement that she personally put in writing.
Last night the agreement was violated again.  The poisoned resident told me that Honey and her staff arranged for a generator to be parked outside her street-level windows until 2 a.m. while a commercial was being filmed.   "I don't care if they film a commercial," says the resident, "I just want them to respect our agreement."
Honey didn't just ignore the agreement with the poisoned resident, she ignored the City's agreement with all residents in the vicinity: that the City notify them in advance of filming. "I didn't see any notice; usually, they're taped to the front doors",  says the resident.  She says a friend had offered to pick up some off-sale beer and meet her back at her place, but she would have told him to skip it if she'd known that they'd have to put up with fumes wafting into the apartment all night.  There are no other windows in the apartment to create a cross draft, just those facing Powell St., she explains.
There is no point in going to Muriel Honey or her staff about last night's fumigation.  The only thing to do is take the problem to the marketplace and ensure that customers know what companies are profiting from deals with a City of Vancouver enterprise that too often relies on deception.  And that deception includes their pointing to the annual outdoor turkey dinner on the Downtown Eastside as evidence that the film industry 'gives back' to the community, while year after year fumes and agreements are ignored in the neighborhood.
There are alternatives for any company wanting to film a commercial on a location with a century old feel to it, a feel that attracts companies to the Gastown-Downtown Eastside area. They can get that feel in New Westminster, a city older than Vancouver and one with no reputation for a corrupt film office.
Does anybody know the name of the company that was filming a commercial in the middle of the night on Saturday, May 2-3, 2009, on Powell St. on the Downtown Eastside?  It's important that their name be published on the internet along with Muriel Honey's.
Honey will usually get you better results than vinegar.  Not in Vancouver.
Posted by reliable sources at 1:04 PM 1 comment: Links to this post