$10,000 from Edgewater Casino to be given to Vision/COPE Friends Hosting an Under-the-Table Gambling Operation for Chinese Men at Carnegie Centre 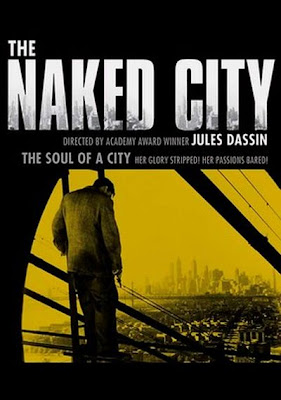 We told you so. Lies are in David McLellan's comfort zone. We warned you in January when McLellan, the City's General Manager of Community Services, was appointed by City Hall as media spokesperson on the departure of Deputy Chief License Inspector, Carlene Robbins. Robbins' exited City Hall shortly after a fire at a flophouse in East Van killed three men.
I can still see in my mind's eye, the clip of McLellan telling the media that Robbins' departure was not related to the flophouse fire. McLellan said he had been in a meeting with Robbins and she had suddenly up and left, turning in her building security pass before leaving the building.
Now Robbins has filed suit in BC Supreme court suggesting that McLellan knew more than he was admitting. Robbins claimed that after the flophouse fire at City Hall, she was removed from the job she had held for 12 years, that she was effectively fired and lost her $105,000 salary. That story was broken last night by CKNW, so it is old news.
What is also old news, at least to Downtown Eastsiders, is the environment Robbins described the City as being motivated to create for someone they viewed as a political liability. Robbins' claimed in her suit that under Mayor Robertson's regime, an environment of "hostility, embarrassment, and humiliation" was created for her.
Downtown Eastsiders have been using those exact words for years to describe the way they are treated when the City decides they are a political liability. A targeted individual is subjected on a regular basis to overt hostility, embarrassment, and humiliation, until they leave and don't come back. It's not only the big things that can drive a person out the door, like being verbally or physically abused in a highly public manner, chased around the building, libeled in secretive "security" reports; it's the small things too. Like if a targeted individual goes to the front reception desk where membership cards are sold and renewed annually, the receptionist, Kim, may huff and puff to express her exasperation at having to answer a mere question (for twenty something dollars an hour). The targeted individual then has a choice: absorb the abuse or risk having security called to write them up in the City's security database. Enough of these episodes and most people leave and don't come back. (A guy from Iran used to play chess at Carnegie and he told us that he was once in a cue at a government office in Iran and had an argument with another person in the cue. When it was his turn at the wicket, the government worker asked him his name and he realized that it would not be healthy to give his name as a security report would probably be written about the argument.)
One security guard, Ty, when angrily barring a woman who says she had never seen him before in her life, made comments revealing that he was being incited by Penny Ballem and Mayor Robertson to get dissidents out of the building.
T. Kwan is a Carnegie member who recently encountered an environment of hostility, embarrassment, and humiliation, after complaining to his MLA Jenny Kwan about unfair treatment by City management at Carnegie. Kwan, who is still dealing with the effects of a nervous breakdown he suffered at 9 years old when his mother died, told his MLA that he had been barred from City services at Carnegie for months on the basis, as told to him by security boss Skip Everall, that he had "a big mouth". When his MLA arranged for Carnegie management to allow him back into the building, he got the impression that Everall was gunning for him. Everall found an excuse to bar him a second time. Kwan has decided never to return.
There are eight million stories in the naked City. Robbins' is just one of them.
Posted by reliable sources at 11:30 PM No comments: Links to this post