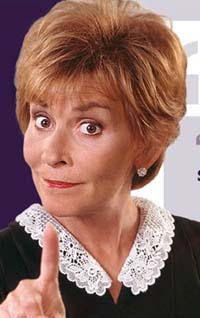 Last week, Ezra Levant called the Alberta Human Rights Commission every name in the book: a" kangeroo court"; "part Kafka, part Stalin"; a "joke", a "sick joke"; a "pseudo-court like Judge Judy". Levant, publisher of the Western Standard, said it was "perverted" that a so-called human rights commission was violating his human rights. Levant even called one of the human rights officers a "thug", to her face.

More than a few Canadians in the blogosphere have something to say to Levant: "You're right." Truepeers, a blogger at Covenant Zone says the Levant case has left him feeling "ashamed to be Canadian".

"We have a tradition of free speech in Canada," Levant told the Commission, after being hauled in front of it for the "political crime" of publishing cartoons critical of the Prophet Mohammed in 2006.

The cartoons, originally published in a newspaper in Denmark, became a lightening rod for tension between the Western tradition of free speech and the insistence by Muslim clerics that Islam's prophet Mohammad be protected from criticism. The Western Standard was one of many publications around the world which published the cartoons as a political statement that free speech would not stop for religion.

"It was the proudest moment of my public life," Levant told the Commission.

The complaint against Levant was lodged by a Saudi-trained imam, Syed Soharwardy. Levant told the Commission that Soharwardy is "a radical Muslim imam, who was trained at an officially anti-semitic university in Saudi Arabia who has called for sharia law to govern Canada".

On the Commission's official form, Soharwardy entered "religious beliefs" in the box requiring him to identify the "Grounds" for his complaint. Levant's response to Soharwardy was, "A secular government bureaucracy has essentially been hijacked by a radical Muslim imam. It's being used to further his fatwa against these cartoons."

For a publisher to be called to the Human Rights Commission to be interrogated about political or religious views expressed is a violation of the Charter of Rights and Freedoms, Levant pointed out. "This commission is applying Saudi values, not Canadian values."

Levant reminded the Commission that even Alan Borovoy, the prominent Canadian civil libertarian who helped set up Human Rights Commissions in Canada in the 1960s and 70s, believes that the Commission is overstepping their mandate in acting as a press censor. Borovoy wrote, in regard to the complaint against the Western Standard, that being a censor was "hardly the role we had envisioned for human rights commissions. There should be no
question of the right to publish the impugned cartoons."

Human Rights Commissions are quasi-judicial bodies set up to arbitrate rental and employment disputes, where a person believes they had been discriminated against based on race or gender.

Levant videotaped his appearance in front of the Commission as he intends to use it when he takes his battle with the Commission to "real" court. The Commission's "human rights officer" initially objected, then asked that the videotape be kept confidential. Levant later noted on his website that it came as no surprise that a censor would prefer to operate "in the dark." He then put the videotape on YouTube. It's a hit.

And on Levant's comparison of the Alberta Human Rights Commission and a Judge Judy pseudo-court, Judge Judy came out on top. "...Judge Judy actually was a judge whereas none of the commission's panelists are judges, and some aren't even lawyers," Levant said. "And, unlike the commission, Judge Judy believes in freedom of speech."

Read about another human rights case:
United Way Implicated in Political Psychiatry Comparable to China
Posted by reliable sources at 12:53 AM 3 comments: