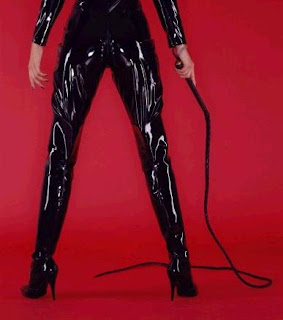 Bill Simpson, a homeless man who was barred from the Carnegie Learning Centre for allegedly blogging, has continued to face rough treatment since he managed to get elected to the Carengie Board of Directors in June '07.

An attempt was made to prevent Simpson from advertising a meeting he was holding this evening with supporters at Carnegie. Leaflets he left on the front reception desk -- where an array of leaflets are left for members to pick up, including one for an upcoming bed bug forum -- were ripped up and discarded late today on instructions from current Board President Margaret Prevost. Prevost, a fifty-something aboriginal woman with short dark hair and bangs who can often be seen at Carnegie zooming around in her electric wheelchair, instructed Security guard Ted Chaing to rip up the leaflets. Prevost is part of the old guard on the Carnegie Board and remains President until next Tuesday when new officers are elected.

Simpson, who was in the building at the time his leaflets were destroyed, was told by front desk receptionist, Kim, and security staff who stand nearby, that Prevost had taken this action because literature displayed in the reception area must be approved by the Board.

Simpson does not get welfare or any other form of government assistance, unlike Prevost, and therefore does not have the money to make photocopies of his leaflets when they are ripped up. It is standard practice for Kim or one of the Security guards to hold material, including mail, for members to pick up when they drop into the Centre. But they were not asked by Prevost to hold Simpson's material for him.

Prevost's conduct indicates bad faith. It indicates that she is a Board member prone to being rough on Simpson, who was democratically elected by members of the Centre. (He reportedly got the most votes of the 7 new candidates who ran.) The Centre is operated by an elected Board and City of Vancouver management staff.

Simpson says that at the first Board meeting he attended after being elected this month, most Board members ignored him. There were a few exceptions. Dora Saunders is cordial. Jame Pau and Rachel Davis talk to him.
Posted by reliable sources at 7:58 PM No comments: