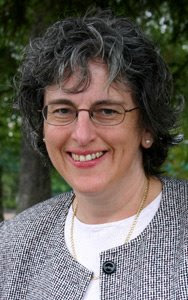 Non-Partisan Association School Board trustee Eleanor Gregory has revealed that she is abandoning her own party's Mayor Sam Sullivan and supporting Vision mayoral candidate Gregor Robertson.

But is she doing Robertson a favor?

Canadians Opposing Political Psychiatry allege that Gregory has a history of breach of public trust in concealing from parents the fact that there is an international boycott of Vancouver School Board diplomas.

The boycott was organized by COPP as a "last resort” after the VSB failed to seriously investigate documented evidence that fraud and human rights abuses had occurred under the NPA-dominated School Board in the lead up to the tightly contested Nov. 2002 election. According to COPP, tactics used by the NPA-dominated School Board included “political psychiatry” that could rival China and resulted in a woman being intimidated into dropping her plans to campaign against the NPA School Board in the election. The well documented tactics were used against the woman after she informed the VSB in writing that she would be campaigning in the election, then just weeks away, about their “duplicity” in the handling of bullying complaints. She had seen an NPA trustee on television assuring the public that bullying complaints were being taken seriously when, in fact, she and others who had independently lodged bullying complaints against a verbally and physically abusive teacher were being ignored, sent intimidating correspondence, and/or generally treated like they were the problem.

Posted by reliable sources at 4:54 PM 2 comments: Links to this post