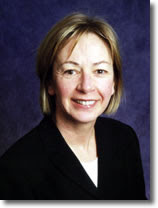 Hot pink posters in the Downtown Community Clinic warn clients that their personal information may be in the hands of a thief. Clients who have had clinic staff fill out “financial” applications are possible victims, Maureen Whyte of the Vancouver Health Authority announced in an Aug. 21 memo which was photocopied onto the hot pink sheets. We are "very troubled" by the theft, wrote Whyte who is the former director of North America's first "safe fixing site" for drug abusers a few blocks away.

A thief, Whyte wrote, had stolen a piece of “equipment” from the clinic which contained “limited personal client information”. The information was primarily related to “applications for benefits and income tax.” The clinic on Powell Street serves the Downtown Eastside poor and many drug addicts, a large number of whom get assistance filling out welfare and other government forms which require medical information.

Police believe that the theft was a “crime of opportunity” Whyte wrote, and that the thief was after the equipment but not necessarily the information on it.

I told Serg, who lives on the Downtown Eastside, about this theft of “equipment”. He laughed and exclaimed, “A computer got stolen! They’re obfuscating.”

Serg has used the Downtown Clinic and believes that the “limited” information Whyte claims was on the equipment stolen would have almost certainly included social insurance numbers, birth dates and addresses. Although he agrees that the thief may not have initially been after the data on the computer, he said,“What if an Asian gang member [PC pause: there are gang members in all races] gets hold of that computer? That information could get into the hands of a credit card fraud ring.” Identity theft is a big industry globally, he pointed out.

What were the security guards at the Clinic doing when the theft occurred? Watching television? Two security guards are in the waiting room within full view of a row or receptionists behind plexiglass. One sits behind a desk in the corner at all times and, like clients, occasionally has his eyes fixed on the small television hanging from the ceiling on which DVDs play. On the positive side, the security guards seem to have good rapport with clients, some of whom are regulars and stop at the Security desk to chat.

With just two 8" X 10" posters taped to the plexiglass at reception wickets, and a font size on the poster no larger than what you're reading now -- even for the headline, although it was in bold font -- Whyte was obviously not giving the theft of personal information any higher profile than she had to. The Vancouver Police, on the other hand, have been sounding alarms over the past year about the seriousness of identity theft in Vancouver. They have been giving interviews to various media, including the Vancouver Sun which ran a huge feature on the topic, warning people to wake up.
Posted by reliable sources at 8:47 PM