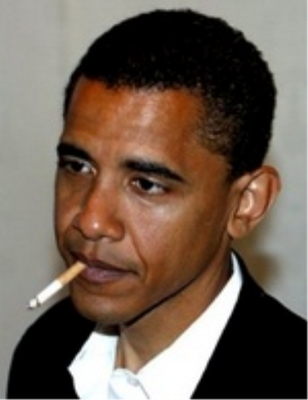 (Photo: I found this photo of Obama, who is reportedly a closet smoker, at Covenant Zone blogspot.)

When listening to Barack Obama swearing the Oath of Office this morning, I felt embarrassed for him when he muddled the lines. But when I read the transcript, I realized that it was Chief Judge John Roberts, showing off by using no notes, who first flubbed the lines and threw Obama off.

Here's a transcript of how it was actually recited this morning:

Such muddling of the oath could lead a listener to, as George W. Bush would put it, "misunderestimate" these men.
Posted by reliable sources at 10:50 AM

This is truly an historic day for me and the world. I was so pumped by events that I did my laundry and mopped my kitchen floor. I made lunch, and I laid down for a while because I have a cold. What an amazing day. Historic, for sure. I'll always remember this day fondly.

The media was sure hyping the inauguration in Canada. One radio commentator even put a positive spin on the muddling of the presidential oath by saying that it was a relief to see that Obama was human.

The photo you posted of Obama with a cigarrette dangling from his mouth convinced me that he is all too human. That's why I copied the photo and posted it here.

Listening to the poet and the preacher that Obama chose to fill the key moments between his swearing-in and the playing of the national anthem, was informative. These two were Bill Ayers without the bombs.

The "oath flub" was entirely Roberts'. Each president recites the following oath, in accordance with Article II, Section I of the U.S. Constitution:
"I do solemnly swear (or affirm) that I will faithfully execute the office of President of the United States, and will to the best of my ability, preserve, protect and defend the Constitution of the United States."

Saying the oath may not be what makes the president the president, but the wording is not, to my knowledge, optional.

Roberts gave Obama the line "I Barack Hussein Obama...", and paused (as is ALWAYS DONE---see here for G. W. Bush inauguration in 2005--- http://www.youtube.com/watch?v=A2B8-RME13I and look up any others you like); and then Roberts jumped in with "...do solemnly swear..." before Obama was finished saying his name.

Then Roberts changed the word order in a section of the oath that my 14 year old knows by heart, as do most intelligent sentient Americans: "...that I will faithfully execute..." Putting faithfully at the end, if not deliberate (and I'm not saying it was), was certainly a Freudian slip for a guy whose confirmation vote as Chief Justice lacked President (then Senator) Obama's "yea."

And then, instead of saying "So help ME God," for Obama to repeat, like he's been repeating all the rest of the oath, Roberts is cute and says "So help YOU God?" Although, I suppose maybe Obama asked for it this way?

You people really need to get a life!I wonder what great conspiracy you are going to come up with. It's all Robert's fault...blah, blah, blah He did it on purpose, you know. The Great Obama Messiah (as the media would love him to be called) hasn't actually performed any presidential task as of yet.

Thanks for pointing out that Roberts said "So help YOU God". That seemed strange to me when I was listening to Obama's swearing-in live, but I had forgotten about it until you mentioned it.

I heard on the radio last night that Obama was sworn in a second time by Roberts on Wednesday, out of an "abundance of caution" to prevent legal issues from surfacing.

To the second anonymous commenter,

You are obviously not familiar with this site. We do not generate conspiracy theories or Obamamania. On the flubbing of the oath though, I wanted to be fair to Obama: it wasn't his fault.

I too wish to be fair to Osama Barka, and come Spring when I finish cleaning the gutters and eves-troughs I'm going to sit down and look real hard at his speech. I'll read some of it and pay attention and trim the hedges before they get too high and scraggly. I hate when that happens.